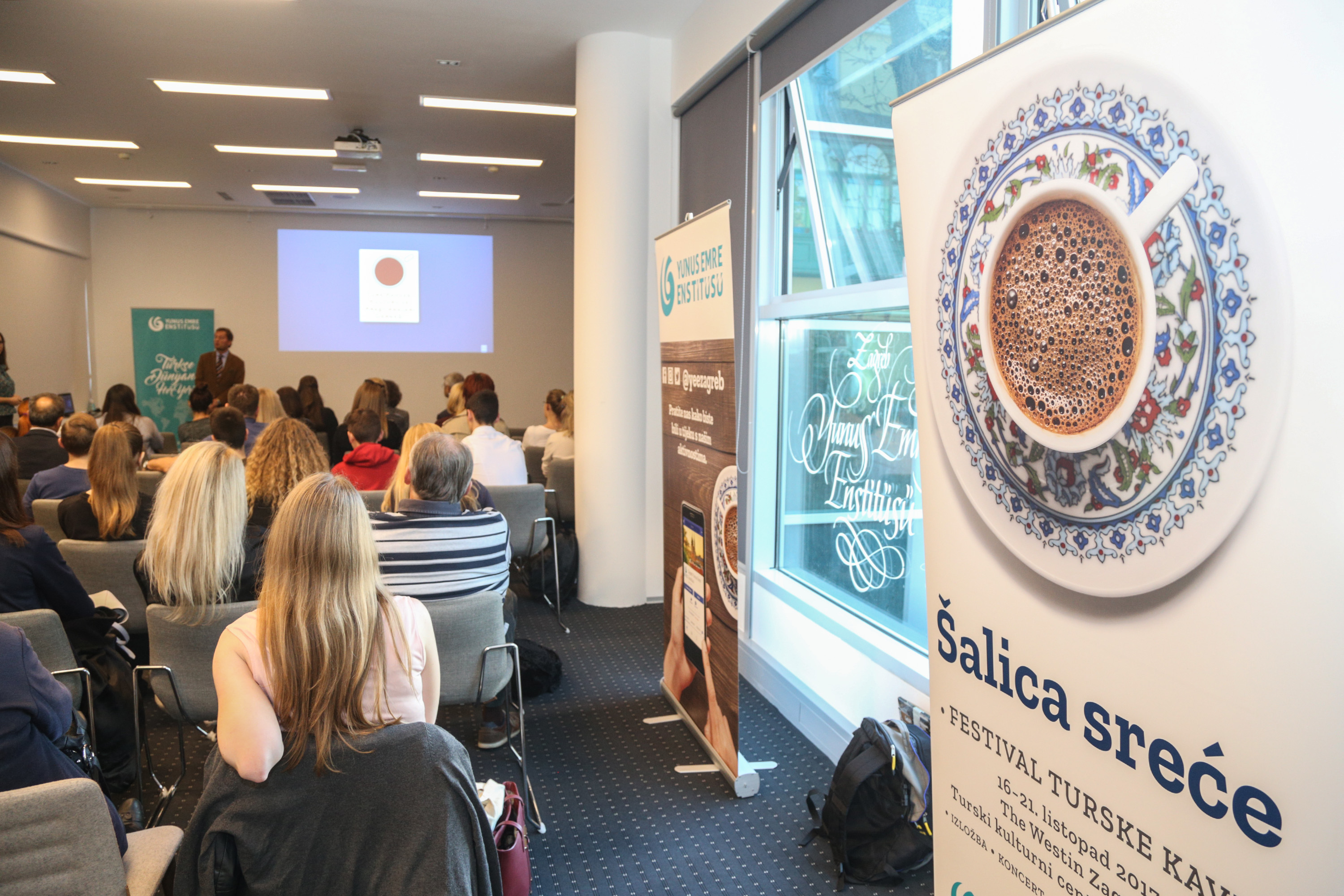 The story about Turkish coffee

On October 18, 2017, a press conference was held at the Diana bar in the Westin Hotel in Zagreb, where, along with the favorite black drink and the indispensable locum, Turkish coffee was presented.

The occasion for organizing the press conference is the Turkish coffee week, which is being celebrated from 16th to 21st of October in Zagreb. The main goal of the event is promoting Turkish culture and customs. Turkish coffee is certainly the most famous Turkish brand which has been nurtured and carried to new generations for centuries.
That is why the Yunus Emre Institute in Zagreb has decided to organize a visit of a distinguished Turkish coffee expert and assistant president of the Society of research and culture of Turkish coffee, Mr. Osman Serim. Mr. Serim has revealed to the journalists the unknown details about the history of Turkish coffee, the way of preparing it and the practices associated with drinking coffee.
For example, he said that the Turkish coffee which people in Croatia and Southeastern European countries drink is not a real Turkish Coffee. Original Turkish coffee is being prepared of middle roasted coffee beans, not of full-roasted beans, as it is used to do in this part of Europe. Coffee made of properly roasted beans has a special aroma and flavor. At the very beginning, Turkish coffee had extremely bitter flavor. Due to the poverty of people, they didn't have enough money for the everyday use of sugar so they had to eat dried fruit and drink water in order to reduce the coffee bitterness. As a result of that, lokum has been invented.
According to Turkish tradition, every girl has to put a little bit of a salt in the coffee which she prepares for her future husband. If he drinks a coffee without mentioning its weird taste, it is a sign that he respects his future wife and her family. Mr. Serim also said that the unwritten rule in Turkey is that the best coffee has to be prepared for the mother-in-law
Osman Serim is a widely recognized gastronomic expert who has run more than 180 food and beverage projects, with a special focus on Turkish coffee, which has long been much more than just a drink.
Skip back to main navigation
Ova stranica koristi kolačiće: Saznaj više.