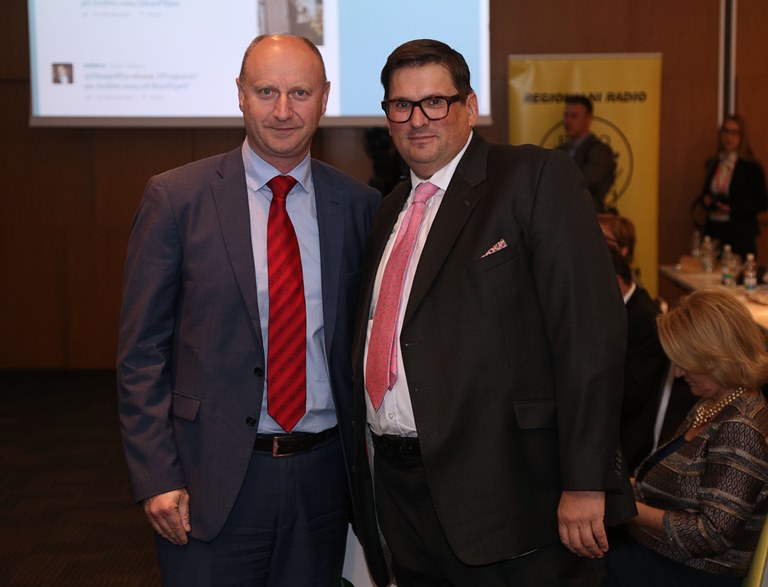 Behind us is successful 15th jubilee PROPR Conference. During the three day, we have had 13 speakers, 3 panel discussions and 1 digital hour. At conference, over 200 experts from the profession od communication have participated , and 36 media representatives have followed the event. Participants have had the opportunity to visit Krapina Neanderthal Museum and Old Village Kumrovec and to be a part of PROPR Awards gala ceremony and dinner.

Conference was officially opened on Friday, April 7th, with welcoming speeches of President of Organizing Bord, Danijel Koletić and County Prefect of the Krapina-Zagorje County, Željko Kolar, who were sponsors of the conference. Exchange of the knowledge and experience was started by Igor Vukasović, Director of Corporate Communications at Addiko Bank and was followed by Head of Corporate Communication at Austria Airlines, Peter N. Thier. After them and a short break in which participants had an opportunity to experience the moto of the conference networking in motion, Digital View followed on which speakers were Martin Korošec, Marin Erceg and Zoran Torbica. More about the brand of India was presented by Yogesh Joshi form ABCI. He was followed by Goran Pivarski from Microsoft who spoke about empowering education system with digital skills and Jelena Šarenac from Henkel who spoke about transforming of internal communications. After another opportunity of networking in motion, panel discussion about Branding and PR followed. Moderator of discussion was Goran Pavlović and participants were Olivera Nikodijević, Nataša Pucar and Željko Jelić. Day filled with opportunities for learning and exchanging experiences ended with field trip to Krapina Neanderthal Museum where participants got introduced to a little part of beautiful Zagorje. After excellent dinner, everybody relaxed and had fun at Disco Moments with DJ FRX.
Second day of the conference was opened by Director of Communications at BBC, John Shield and he was followed by Katarina Klemenc, MSc Head of Corporate Communications Novartis from Slovenia. After a short break, Bryson Thornton, Regional Director of Phillip Morris, spoke about the role of communication in transforming the tobacco industry, while Lucia Pechačkova, Spokesperson at O2 Czech Republic spoke about challenges of communication in telecom industry. Christian Spahr from Austria, spoke about challenges in public diplomacy and in stead of Francis Ingham, we heard Andras Stanislav from ICCO board representing Hungary. Later in the day, there was a panel discussion on the subject of the rise of populism, which was moderated by Richard Linning and Toni Muzi Falconi and participants were Marjan Novak, Darko Buković, Robert Čoban and Elmir Huremović. Second day of the lectures was closed by the lecture from profesor Mladen Radujković from University of Alma Mater Europaea and was followed by the field trip to Old Village Kumrovec. Highlight of the PRO.PR conference was PRO.PR Awards gala ceremony, during which 18 recognitions were given to the experts from entire world. Atmosfere at the dinner was heightened by Marko Tolja.
On the last day of the conference, final speaker was Alexander Dourchev, CEO of All Channels Communication Group. After him the last panel discussion was held, on the topic of the communication in public administration, which was moderated by Melita Pavlek. Participants od the discussion were Dražen Dretar from Croatia, Marija Jovović from Montenegro, Violeta Cvetkovska form Macedonia, Aljoša Kirič from Slovenia, Ivana Đurić from Serbia and Admir Katica from Bosnia and Herzegovina.
President of Organizing Board, Danijel Koletić, presented the new design of PRO.PR web page and announced that we will see each other in Serbia, Zlatibor where the 16th PRO.PR Conference will be held.
Skip back to main navigation