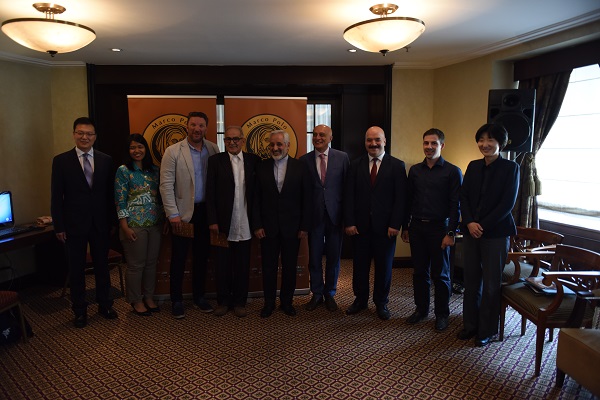 The program of this year’s Marco Polo Art Festival was presented at the Esplanade Hotel in Zagreb. Festival will be held from June 9 to 14, with the program PLUS, which will last till July 30th.

This festival seeks to promote, inspire, build and showcase the peculiarities of all the artistic, musical, film, literary and visual art production that emerged on the Silk Road.
Program of the 3rd Marco Polo Art Festival includes carefully chosen music, visual and film productions, a significant and precious impostant in establishing intercultural dialogue, exploration, artistic and functional inquiry, seeking and finding the space of artistic freedom and authorship.
The founder and director of the festival, Mr. Igor Prižmić, on this occasion emphasized that this year the music program has been expanded and an entire program of art will be held throughout the summer through educational exhibitions, concerts, film evenings and panel discussions.
The town of Korcula is a proud host of this festival, and Mayor of Korčula, Mr. Andrija Fabris said that it is an extraordinary honor to hold such a festival in Korčula. He said that Korčula is a small but significant point on the path of Marco Polo.
Representatives of the Embassies of Azerbaijan, Bulgaria, Turkey, India, Indonesia, Iran, Kazakhstan, Korea, China and the Russian Federation presented the story of the friendship of these countries to promote their culture. In the period from June 9 to 14 will be held 4 concerts, 3 exhibitions and 11  films.
Skip back to main navigation
Ova stranica koristi kolačiće: Saznaj više.