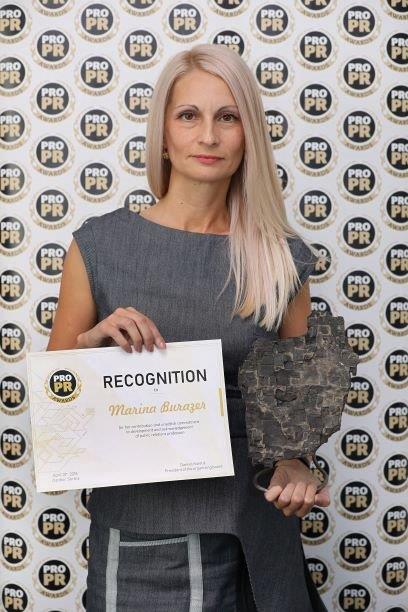 PRO PR Awards is intended for individuals, which have with their work, efforts and professional approach contributed to development of public relations.
President of organizing board of PRO PR Awards, Danijel Koletić, said during the ceremony, that this is one of the few acknowledgment for which you don't have to pay any fees, so that makes it one of the leading award programs for contribution to the field in the world.
PRO PR Awards was established in 2012, in occasion of 10 year anniversary of PRO PR conference. Some of some of the prominent individuals are: Alex Aiken, Executive Director for UK Government Communications, Ph.D. Don W. Stacks, Professor at University of Miami, Yogesh Joshi, President of ABCI from India, Xenia Reizhevskaya, director of Russian news agency Rossia Segodnya, Christian Spahr, Director Media Program South East Europe at Konrad Adenauer Foundation, Florence Ranson, Director of Communications at FoodDrinkEurope and many other renown communication experts from all entire world.
Official ceremony was held in April 2018 at Zlatibor as part of 16th PRO PR conference.
Skip back to main navigation