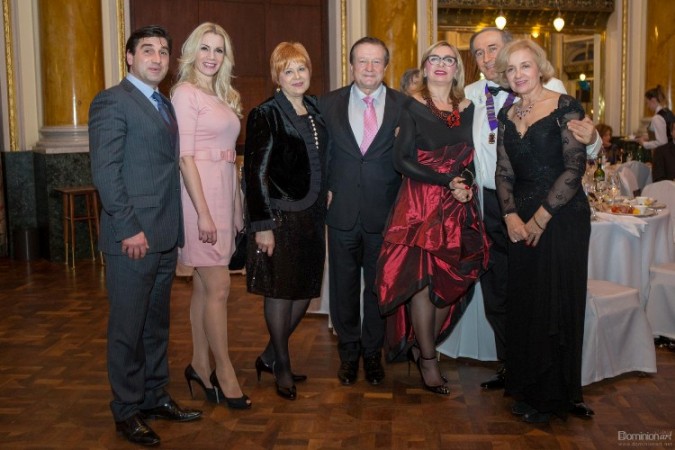 In Zagreb was celebration of the 100 years of the ”Lions” in the world. Zagreb Lions Club Zrinjevac organized a charity fundraising dinner in Zagreb’s Hotel Esplanade and auction of paintings.

A great program content contained concert of jazz quartet Borna Šercar, charity dinner and auction of paintings which is intentionally raising funds for the Association of the Blind Persons Zagreb. Under the auspices of the mayor of Zagreb, Mr. Milan Bandić, was organized the release of balloons in the street Hrvatske bratske zajednice at the central fountains, which were in the blue / yellow Lions colors with the projection hologram with a sign of  Lions. Balloons were carrying humanitarian messages and slogans of all previous governor of Lions in Croatia, and their associated plates in Braille letter. After this meeting, intended for all citizens, also was organized a concert in the small hall of Lisinski, which are performed by members of the Lions: soprano Ms. Antonela Malis, cellist Ms.Snježana Rucner, tenor Mr. Tvrtko Stipić, accompanied by Paganini Bend and young artists, winners of Lions Grand Prix competition.
Lions Club International was established on June 7, 1917 in Chicago through the idea of ​​businessmen led by Melvin Jones with the aim of helping the needy. Lions today counted 1.4 million members and humanitarian work around the world nearly 100 years, and in Croatia more than 25 years. The main mission of lions is to help visually impaired people. This challenge Lions encouraged in 1925, Ms.Helen Keller, send an invitation to become "knights of the blind". This challenge has become the slogan of Lions and since then continuously working, except in all humanitarian areas, on projects preserving vision and helping people with visual disabilities. Means this action through social entrepreneurship will help the Association of the Blind Zagreb in launching production of soaps and their self-employment through the "Soaps with dots."
Skip back to main navigation