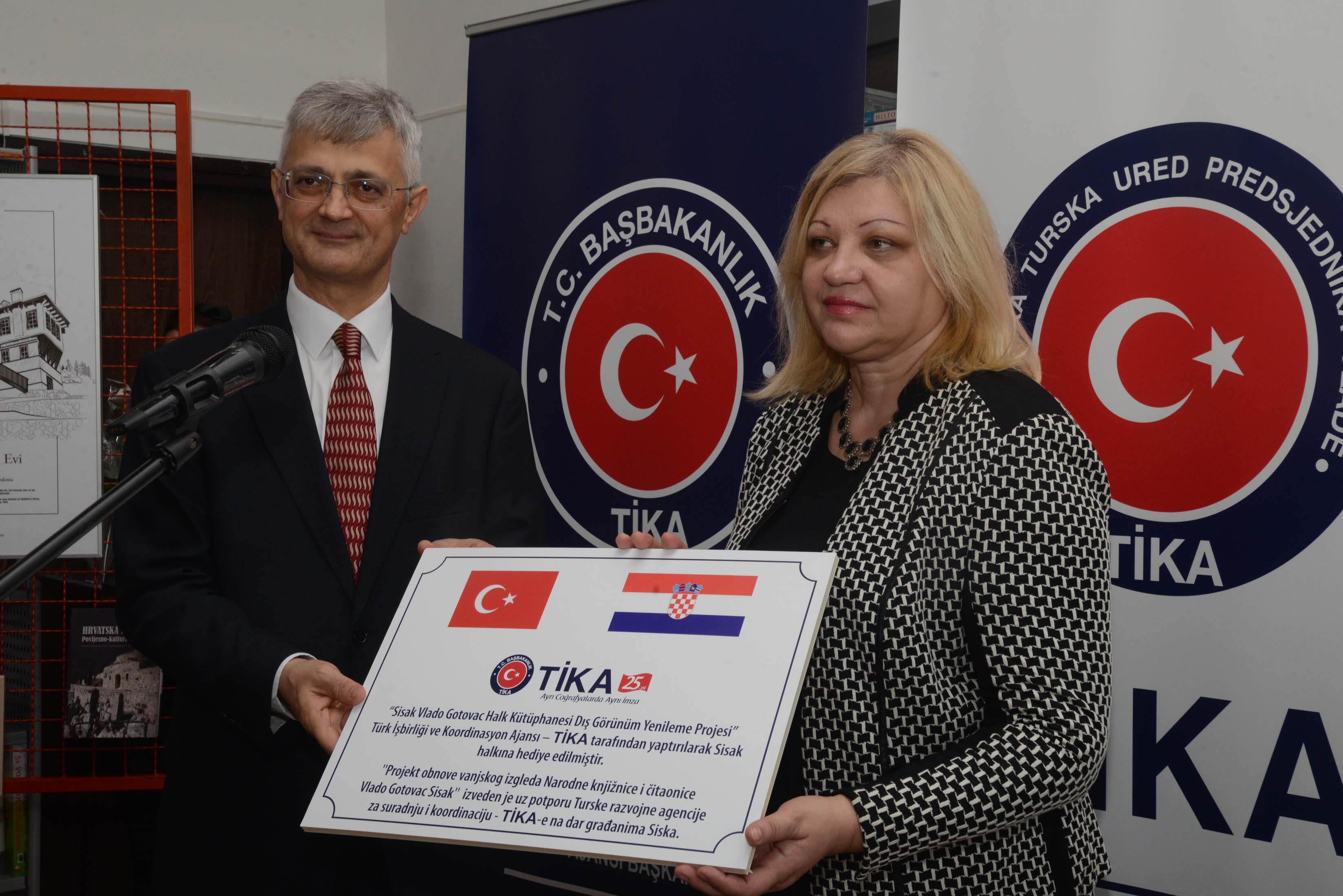 Delivery Ceremony of Library and Kindergarden Projects in Sisak by TIKA

Turkish Cooperation and Coordination Agency (TİKA) adds new projects to the ones which are being implemented worldwide during its 25th Anniversary. TİKA will organize project delivery ceremonies on the 22nd of November 2017 in Sisak in Croatia for the finished projects of Vlado Gotovac Public Library Caprag Branch Façade Renewal and Capacity Development Projects of Sisak Novi Kindergarden.

The ceremony will be honoured by the attendance of HE Mr. M. Babür Hızlan, Ambassador of Republic of Turkey in Croatia. The Prefect of Sisak-Moslavina County, HE Ivo Žinić; the Mayor of City Sisak, HE Kristina Ikić-Baniček; Coordinator of Zagreb Program Coordination Office TİKA, Haşim Koç; local authorities, administrators, representatives of NGO's and press members will attend at the ceremonies which will start at 11.00 a.m. in Vlado Gotovac Public Library Caprag Branch and at 12.00 in Sisak Novi Kindergarden.
By changing the old windows, doors, and their profiles with new PVC profiles and double sided thermopanes, TİKA provides a better and warmer atmosphere for the library user and enables the library management to reduce their heating costs to reasonable levels.
Within the framework of the capacity development project of the kindergarden, TİKA not only built a playground in the garden, but also granted toys and didactic toys, group games and toys, whole furniture and equipment of a classroom; cabinets, repositories and working desks of teacher rooms. Thus, TİKA aims to increase the education capacity of the kindergarden where more than 600 kids are educated and offered a multi-cultural program.
TİKA continues its work in Croatia since opening an office within the Embassy of  the Republic of Turkey in Zagreb in March 2016. During 2016, 12 projects in different sectors ranging from education, culture, health, cultural heritage to academic support and sharing of experience have been implemented by TİKA. In 2017, TİKA continues its work with the implementation of projects in social infrastructures, sport, pre-school education, academic mobility, cultural participation, cultural heritage, and technology transfer.
Skip back to main navigation